Well done Roger Wessels! The British Amateur was played recently and it was an amazing week for South African Golf, but also for KeNako Academy Head Coach and GolfRSA National Coach Roger Wessels. The 36-hole British Amateur stroke play qualifier was won by Jono Broomhead, with coach Roger Wessels caddying for him. Then Aldrich Potgieter went on to win the 127th Amateur Championship at Royal Lytham & St Annes, becoming the third South African to win the world’s most prestigious Amateur Golf Title, after Bobby Cole in 1966 and Jovan Rebula in 2018. Roger was also the National Coach in 2018, which means that he has been the coach at two British Amateur successes, an amazing achievement. As Golf RSA Chief Executive Officer Grant Hepburn wrote after the SA Squad’s successes in 2018, “Not only did you have a successful playing career but you have become a successful and hugely respected coach.” Your wealth of knowledge has been enhanced since 2018, so the value that you bring to the table is even greater. Well done Roger and congratulations on your efforts and your contribution to golf! 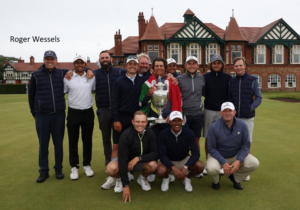 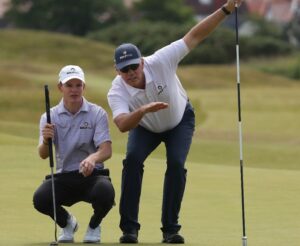 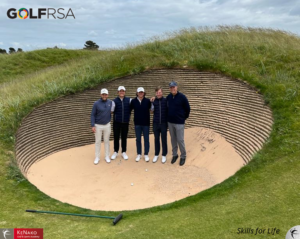